Mercy the pig's love of buttered toast leads to the capture of a small thief who would rather be a cowboy.

Mercy Watson Goes for a Ride 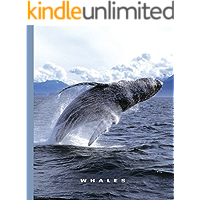 The NEW YORK TIMES best-selling porcine wonder finds herself behind the wheel in this hilarious adventure now available as an e-book. (Ages 6 - 8) Features an audio read-along! Mr. and Mrs. Watson's porcine wonder, Mercy, loves nothing more than a ride in the car. It takes a fair amount of nudging and bribing and a 'You are such a good sport, darling' to get the portly pig out of the driver's seat, but once the convertible is on the road, Mercy loves the feel of the wind tickling her ears and the sun on her snout. One day the Watsons' motoring ritual takes an unexpected turn, however, when their elderly neighbor Baby Lincoln pops up in the backseat in hopes of some 'folly and adventure' – and in the chaos that ensues, an exuberant Mercy ends up behind the wheel! Soon there's a policeman on her tail, a struggle for the brake, and a blissfully airborne Mercy. Of course, it's nothing that an extra helping of buttered toast can't fix! Includes an audio read along!

Mercy Watson to the Rescue

The first adventure of this NEW YORK TIMES best-selling porcine wonder is now available as an e-book. (Ages 6 - 8) Features an audio read-along! To Mr. and Mrs. Watson, Mercy is not just a pig – she's a porcine wonder. And to the portly and good-natured Mercy, the Watsons are an excellent source of buttered toast, not to mention that buttery-toasty feeling she gets when she snuggles into bed with them. This is not, however, so good for the Watsons' bed. BOOM! CRACK! As the bed and its occupants slowly sink through the floor, Mercy escapes in a flash – 'to alert the fire department,' her owners assure themselves. But could Mercy possibly have another emergency in mind – like a sudden craving for their neighbors' sugar cookies? Welcome to the wry and endearing world of Mercy Watson – an ebullient new character for early chapter-book readers in a series that's destined to be a classic.

* 'Another rollicking addition starring the porcine wonder. . . . Will keep newly independent readers turning the pages.--SCHOOL LIBRARY JOURNAL (starred review) (ages 6-8) Features an audio read-along! Leroy Ninker is a small man with a big dream: he wants to be a cowboy, but for now he's just a thief. In fact, Leroy is robbing the Watsons' kitchen right this minute! As he drags the toaster across the counter – screeeeeech – and drops it into his bag – clannngggg – little does he know that a certain large pig who loves toast with a great deal of butter is stirring from sleep. Even less could he guess that comedy of errors (not to mention the buttery sweets in his pocket) will soon lead this little man on the wild and raucous rodeo ride he's always dreamed of! Nosy neighbors, astonished firemen, a puzzled policeman, and the ever-doting Watsons return for a new tongue-in-snout adventure about Kate DiCamillo's delightfully single-minded pig.

'Halloween was made for carefree Mercy Watson.' – School Library Journal Features an audio read-along! When the Watsons decide to zip their porcine wonder into a formfitting princess dress for Halloween – complete with tiara – they are certain that Mercy will be beautiful beyond compare. Mercy is equally certain she likes the sound of trick-or-treating and can picture piles of buttered toast already. As for the Lincoln Sisters next door, how could they know that their cat would lead them all on a Halloween 'parade' of hysterical proportions? Kate DiCamillo’s beguiling pig is back in a tale full of treats, tricky turns, hijinks, and high humor.

Yippie-i-oh! Saddle up for the first in a spin-off series starring favorite characters from Kate DiCamillo’s New York Times best-selling Mercy Watson books. Leroy Ninker has a hat, a lasso, and boots. What he doesn’t have is a horse – until he meets Maybelline, that is, and then it’s love at first sight. Maybelline loves spaghetti and sweet nothings, and she loves Leroy, too. But when Leroy forgets the third and final rule of caring for Maybelline, disaster ensues. Can Leroy wrestle fate to the ground, rescue the horse of his heart, and lasso loneliness for good? Join Leroy, Maybelline, and a cast of familiar characters – Stella, Frank, Mrs. Watson, and everyone’s favorite porcine wonder, Mercy – for some hilarious and heartfelt horsing around on Deckawoo Drive.

'Youngsters are sure to delight in the exploits of this butter-loving pig, savoring the ‘wonky in the extreme’ text and energetic, innocent art.' -School Library Journal Features an audio read-along! Some may find it wonky to take a pig to the drive-in. But not the Watsons, who think the movie’s title, When Pigs Fly, is inspirational. And not their beloved Mercy, who is inspired by the scent of real butter from the theater’s Bottomless Buckets of popcorn. As they pull up in their convertible, Mercy lifts up her snout and becomes a pig on a mission, leading a delirious chase that’s trailed by hapless rescuers reunited from Mercy’s earlier adventures.

Can Mercy Watson outwit . . . Animal Control? The porcine wonder’s on the lam in her latest tongue-in-snout adventure! Features an audio read-along! Mercy's appetite has got her into trouble again. When Eugenia Lincoln's pansies go missing, Animal Control Officer Francine Poulet arrives on the scene. But as she soon discovers, not just anyone can think like a pig. Especially when that pig is porcine wonder Mercy Watson!

Every porcine wonder was once a piglet! Celebrate the joy of a new arrival with this endearing picture-book prequel to the New York Times best-selling Mercy Watson series. Mr. Watson and Mrs. Watson live ordinary lives. Sometimes their lives feel a bit too ordinary. Sometimes they wish something different would happen. And one day it does, when someone unpredictable finds her way to their front door. In a delightful origin story for the star of the Mercy Watson series, a tiny piglet brings love (and chaos) to Deckawoo Drive — and the Watsons’ lives will never be the same. 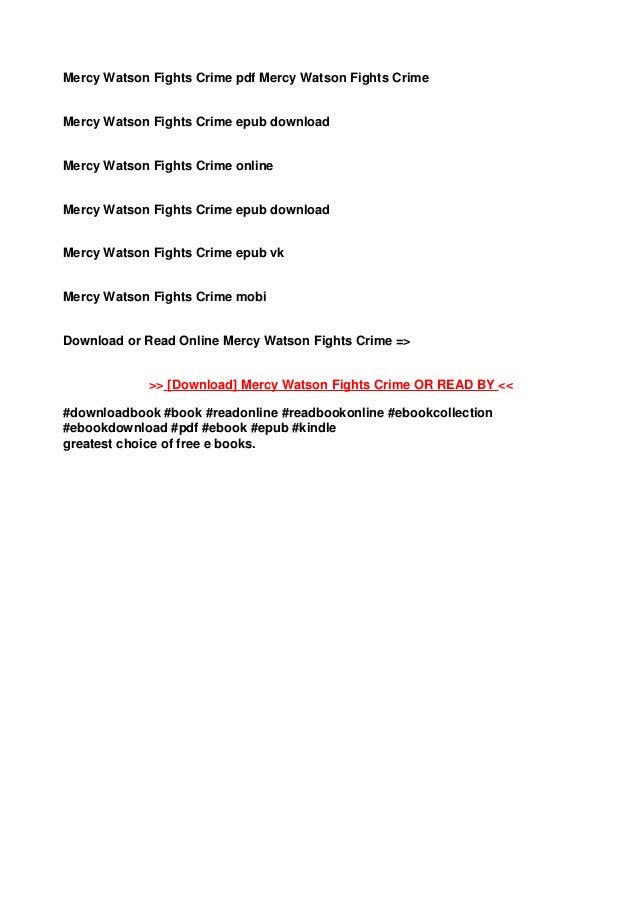 Dirk Bones and the Mystery of the Haunted House

Dirk Bones and the Mystery of the Haunted House Book Review:

From the master of beginning reader mysteries, Doug Cushman, here is an exciting, spooky, and fun detective adventure.

The first three tales of Kate DiCamillo’s hilarious and heartfelt Deckawoo Drive series are collected in a convenient, affordable bind-up. Dive into a spin-off series starring favorite characters from Kate DiCamillo’s New York Times best-selling Mercy Watson books. Whether it’s bumbling cowboy Leroy Ninker getting his first horse, Animal Control Officer Francine Poulet wrangling raccoons, or sweet Baby Lincoln striking out on her own, the characters of Deckawoo Drive are sure to enchant early readers. Included are: Leroy Ninker Saddles Up Francine Poulet Meets the Ghost Raccoon Where Are You Going, Baby Lincoln?

Where Are You Going Baby Lincoln

What if timid Baby Lincoln broke free of her bossy sister and set off on an unexpected journey? Kate DiCamillo presents a touching new adventure set in Mercy Watson’s world. Baby Lincoln’s older sister, Eugenia, is very fond of telling Baby what to do, and Baby usually responds by saying “Yes, Sister.” But one day Baby has had enough. She decides to depart on a Necessary Journey, even though she has never gone anywhere without Eugenia telling her what to take and where to go. And in fact Baby doesn’t knowwhere she is headed — only that she was entirely happy in the previous night’s dream, sitting aboard a train with a view of shooting stars. Who might Baby meet as she strikes out on her own, and what could she discover about herself? Will her impulsive adventure take her away from Eugenia for good? 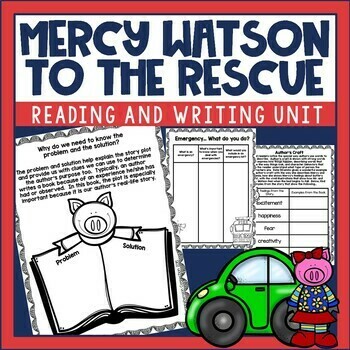 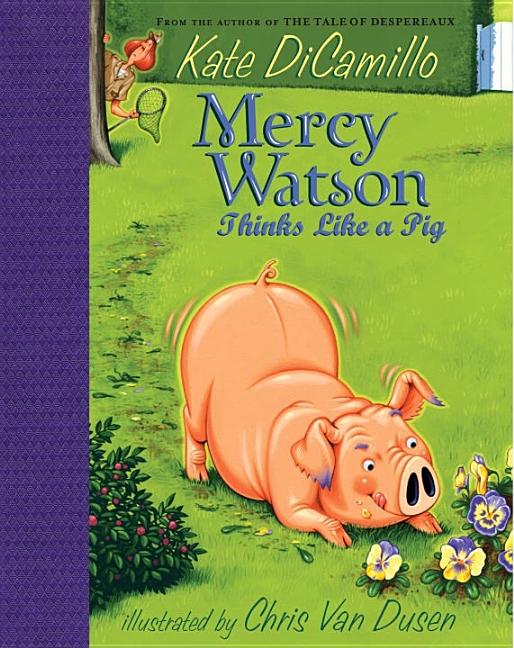 Can Mercy Watson outwit . . . Animal Control? The porcine wonder's on the lam in her tongue-in-snout adventure from Newbery Medalist DiCamillo ('Because of Winn-Dixie'). A Junior Library Guild Selection. Full color.

Leroy Ninker is a small man with a big dream: he wants to be a cowboy, but for now he's just a thief. In fact, Leroy is robbing the Watsons' kitchen right this minute! As he drags the toaster across the counter -- screeeeeech -- and drops it into his bag -- clannngggg -- little does he know that a certain large pig who loves toast with a great deal of butter is stirring from sleep. Even less could he guess that comedy of errors (not to mention the buttery sweets in his pocket) will soon lead this little man on the wild and raucous rodeo ride he's always dreamed of!

Down to the Sea with Mr Magee

With enough lunch for three, Mr. Magee and his dog Dee head out to the sea. But what begins as a fun day in the sun turns a bit bumpy when one playful whale decides to say hello. Soon the crew that once was floating finds themselves flying! How will they get down? Who will come to their rescue? And when will they ever get to eat lunch? Down to the Sea with Mr. Magee is a great read-aloud, sure to provide fits of giggles.

Three separate volumes detail the adventures of Mercy the pig, as she causes problems but then rights them again, by alerting the neighbors to the need for the fire department, driving an automobile, and thwarting a burglar.

Just before Christmas, when Frances sees a sad-eyed organ grinder and his monkey performing near her apartment, she cannot stop thinking about them, wondering where they go at night, and wishing she could do something to help.

The classic survival story gets a prehistoric twist in this gripping middle-grade adventure featuring a boy and his saber tooth tiger cub, perfect for fans of Hatchet. Part survival story, part animal-human friendship story and part redemption story, Clan follows the journey of Atlatl and the saber tooth cub he rescues from a dire wolf attack. Injured as a child, Atlatl dreams of one day earning his father's respect as a hunter. But when Atlatl brings the young saber tooth to his Clan, it leads to a devastating moment of torn loyalties between Atlatl and his father -- a moment that will change their lives forever. Then an epic disaster strikes, and suddenly Atlatl has to rely on wits, ingenuity and bravery to face his biggest foe yet and try to save what remains of his Clan.

Stella Endicott and the Anything Is Possible Poem

Stella Endicott and the Anything Is Possible Poem Book Review:

Metaphor alert! An ode to a certain pig kicks off one wild school day in Kate DiCamillo’s latest stop on Deckawoo Drive. Stella Endicott loves her teacher, Miss Liliana, and she is thrilled when the class is assigned to write a poem. Stella crafts a beautiful poem about Mercy Watson, the pig who lives next door — a poem complete with a metaphor and full of curiosity and courage. But Horace Broom, Stella's irritating classmate, insists that Stella’s poem is full of lies and that pigs do not live in houses. And when Stella and Horace get into a shouting match in the classroom, Miss Liliana banishes them to the principal’s office. Will the two of them find a way to turn this opposite-of-a-poem day around? In the newest spirited outing in the Deckawoo Drive series by Kate DiCamillo, anything is possible — even a friendship with a boy deemed to be (metaphorically speaking) an overblown balloon.