Grownups may be shocked to learn that there are at least FIVE books based on the 2012 animated movie 'Barbie in a Mermaid Tale 2,' but oh there are. This review is for the Little Golden Book version, but there is also a Big Golden Book version, a Junior Novelization, a Storybook, and a Step Into Reading version subtitled Surf Princess. Barbie in A mermaid tale 2 by Mary Tillworth, 2012, Golden Books edition, in English.

A year after the events of the previous film, Merliah Summers is competing in the heats of an invitational surf-meet. Merliah wins first place, narrowly beating her rival, Kylie Morgan, though both ladies get to compete in the finals in Australia.

Merliah uses her magical necklace to transform into a mermaid and tell her mother, Queen Calissa, the good news. Calissa is preparing for the Changing of Tides Ceremony to be held at the city of Aquellia deep in the waters of New Zealand, which is performed every twenty years to make the next princess of Oceana an official member of the royal family. Calissa expects Merliah to attend, but the surfing competition is on exactly the same day, causing them to argue, after which they part ways.

The next round of heats take place in Australia, and Kylie beats Merliah when she deliberately brushes Merliah's surfboard and causes her to wipe out. Despite Kylie's win, Merliah's handstand maneuver attracts the attention of reporters, and she's approached by Georgie Majors, who asks Merliah to be a spokesperson for Wave Crest surf gear.

That night at a luau, Merliah has a photoshoot with Georgie. Kylie is approached by a fish named Alistair who tells her that Merliah has powers that give her an advantage with surfing. Alistair convinces Kylie to steal Merliah's necklace, which Merliah has taken off for the photoshoot because Georgie thinks that it is too distracting. Kylie gets the necklace, and following Alistair's instructions, puts it on and turns into a mermaid. Alistair then lures Kylie underwater to the deep trench where Eris is still trapped in a whirlpool. Snouts, the sea lion, who witnessed Kylie's transformation, secretly follows them. Alistair and Eris trick Kylie into entering the whirlpool, taking Eris' place and freeing her.

Snouts returns to the surface to Merliah, who has been searching for her necklace. Even without her necklace, Merliah can still breathe underwater, so she follows Snouts to the trench and frees Kylie from the whirlpool, causing it to destabilize and self-destruct. Kylie is grateful to Merliah and apologizes for stealing her necklace, but when she takes it off to return it, her mermaid tail turns back into legs and Kylie loses the ability to breathe underwater. Merliah quickly hands the necklace back to Kylie to prevent her from drowning. Kylie then promises Merliah to help her stop Eris.

Eris and Alistair travel to Aquellia so that Eris can perform the Changing of Tides ceremony herself. Along the way, they meet a group of large, powerful fish called Stargazers. Eris threatens them with her new spell to bring people's worst fears to life, and they agree to follow and obey her. They reach Aquellia while Calissa and the ambassadors of the ocean: Mirabella, Kattrin, Selena, and Renata, are waiting for the midday sun for the ceremony to begin. A fight ensues, and Eris manages to cast her spell on Calissa, whose tail becomes heavy and drags her down to the bottom of the ocean. Eris also casts the spell on all the ambassadors and puts them in a trap.

Merliah, Kylie, and Snouts meet up with Zuma and Calissa, and Calissa and Merliah apologize to each other. As Calissa is unable to move because of the spell, Merliah decides to perform the ceremony in her place, accepting that in doing so she will have a tail permanently. Merliah, Kylie, Zuma, and Snouts go to Aquellia, where they manage to get past the Stargazers and free the ambassadors. Merliah manages to get on the throne at the right time, but because she has legs, it doesn't work. Kylie passes the necklace to Merliah in time, and the ceremony is completed, undoing all of Eris's spells and giving Merliah a new tail. Eris tries to stop Merliah by entrapping her in her worst fear, but Merliah blocks the spell and rebounds it back to Eris, giving her legs, her worst fear. The ambassadors then take Eris away to imprison her for good.

Merliah, Calissa, and Kylie swim to the surface in time for the surf meet finals. Calissa gives Kylie the magical necklace since she has proven herself in keeping it after helping them. Although Merliah has accepted her duty, she wishes that she could be human again and her legs magically return by themselves. Calissa explains that the ceremony turns whoever does it into their true self, and Merliah's true self is both mermaid and human.

Kylie and Merliah join the competition together, but when they surf, Merliah is distracted by her newfound ability to create Merillia when she touches the water. Kylie wins the competition and is offered to become a Wave Crest spokesperson by Georgie. Kylie brings Merliah up on stage, and they share a kiss.

(Note: The first 8 characters below reprise their roles from the previous sequel.) 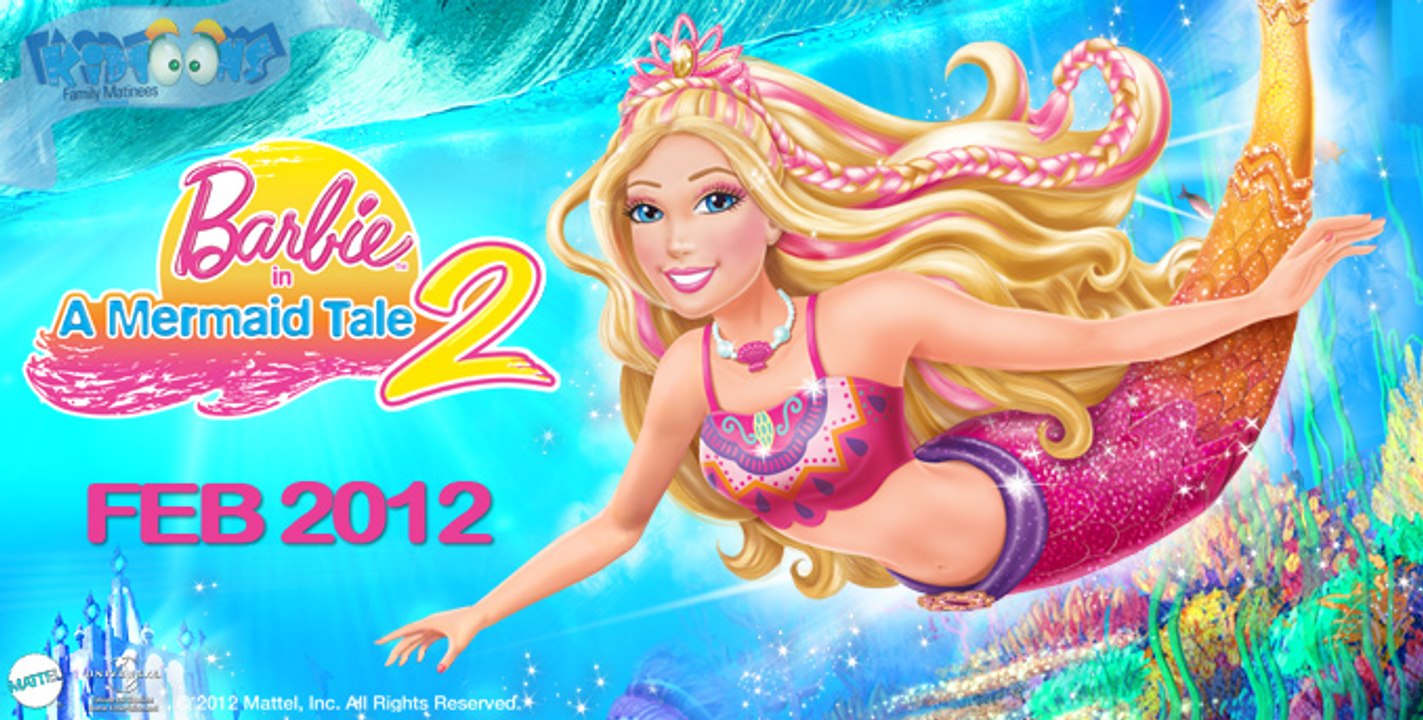